WHY THE FAKE REGISTRATIONS?

"Allegations of widespread fraud by malevolent voters are easy to make, but often prove to be inflated or inaccurate." 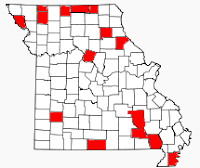 Something the left often brings up when voter fraud is brought up is this: most voter fraud being discovered is the fake registrations to vote by leftist organizations such as ACORN or SEIU offshoots. These organizations flood the secretary of state's office with thousands, even tens of thousands of fake registrations, often with absurd names such as Fruto Boy Crispola and Mickey Mouse.

So the left says "well that's bad but how does it hurt the election? What difference does it make?" In other words: well, that's naughty, but it doesn't matter. Well it does matter, and here's why.

1) When the voting offices are flooded with thousands of last-minute registrations, it cannot look through all of them or all the previous registrations, in enough time before the election. That means when you register and vote 3 times or register a corpse and vote for them, chances are they can't catch up with all those fraudulent votes. They can't catch all the felons who are supposed to be taken off the rolls, they can't get all the college students who get registered at two locations, they can't get all the people who changed parties and get two ballots, and so on. That means its that much easier to defraud the election.

2) Absentee ballots are what these names are typically used for. Every state across America has leftists pushing for all-mail voting like Oregon has (and Illinois is trying this election) which makes ten thousand fake registrations equal ten thousand extra ballots that can be filled out however you wish. Every time the left pulls of a fraudulent win like in Washington State in 2004 and Minnesota in 2008, they do it by suddenly finding ballots in boxes that were lying about - ballots which almost (or just plain) exclusively vote Democrat. its a lot easier to find those if you've got fake registrations to use for those ballots.

3) Fake registrations to vote are counted for other things in local funding, demographics, and zoning decisions. If a district has 10,000 extra voters who only exist in ACORN's mind, then that's 10,000 more residents for funding, for redistricting, and so on.

See, these community organizer groups wouldn't invent fake ballots for no reason other than fun. They aren't doing it just to "punk" the Secretary of State's office. They have reasons, and they all come down to an "the end justifies the means" approach toward doing what they believe is right.

That's why when you read stories like how Missouri has fifteen counties with more people registered to vote than actual voters... you know there's a problem here that must be dealt with.
Posted by Christopher R Taylor at 9:09 AM