"Tryin' dis me, ole raggy rooty-poot runned up gangsta? Who you think you are, M.C. Hammer? You can't 'ford this Louis Vuitton!"
-Asian swap meet huckster, "Swap Meet Louis"
China is infamous for its knockoffs - fake copies of popular items and brands. The last time I wrote about this it was about the Chinese Olympics mascot which was basically Mickey Mouse with square holes in its ears, and their theme park which was almost entirely faked from Disneyland.

Here's a few images of some knockoffs, some are pretty well-done fakes: 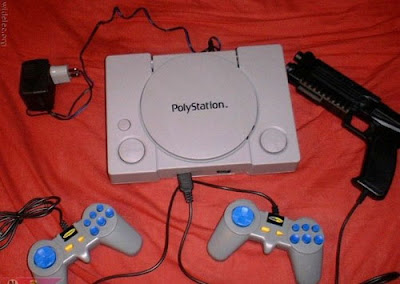 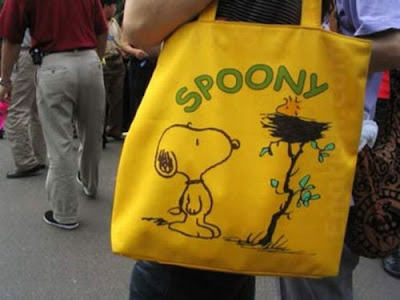 Some of them are better done than others, and some are just... weird: 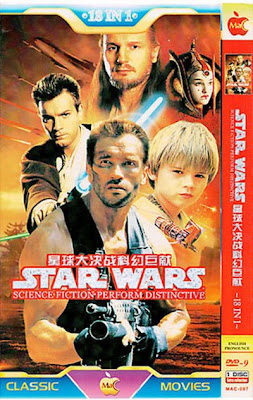 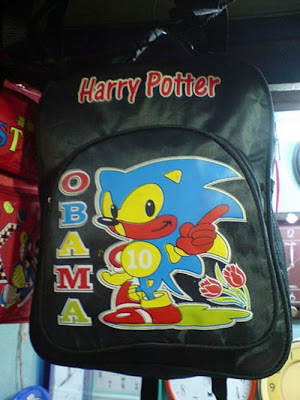 Overall, the US customs department seized $113 million in counterfeit goods as of August of this year, but that's just what they caught coming into the US, an estimated 5%. Brian Burnsed at Bloomberg news reports:

The World Customs Organization reports that counterfeit goods account for nearly 10% of worldwide trade, an estimated $500 billion annually. But the sheer size of the counterfeit market makes it hard for law enforcement agencies to make a dent in this illicit trade.

According to the article, fake shoes alone account for $12 billion in lost revenue per year. Software takes the biggest hit, with knockoffs and copies costing more than 30 billion bucks a year from the rightful owners. According to the international chamber of commerce, 40% of all counterfeited goods in the world are made up of copies of just 25 brands. These are brands like Nike, Adidas, Puma, LG, Sony, Microsoft and so on - top sellers in their highly popular fields.

AOL has a list of the top 5 brands being copied and sold on the internet:
Not coincidentally, these are the brands being most spammed on comment sections and forums around the internet as well. Despite this copying and supposedly loss of revenue, companies such as Nike are doing well; Nike sales increased more than 50% over the last decade. In a 2006 article at Intangible Business, Stuart Whitwell writes why some companies just don't care about the fakes:

Some brands do embrace the counterfeit market rather than seeing it as a threat. Georgio Armani, on a recent trip to Shanghai, purchased a fake Armani watch for instead of the £710 his authentic watches retail for. He said "It was an identical copy of an Emporio Armani watch...it's flattering to be copied. If you are copied, you are doing the right thing." Although this was a publicity stunt it does highlight the fact that consumers of fake merchandise are polar opposites to consumers of the authentic and therefore pose no significant threat to the brand owner.

In a way he's right: you can find nearly anything out there to download off various peer to peer file sharing programs, but you won't find my gaming stuff. Why? Not because I'm so aggressive at protecting my copyright, but because almost nobody knows about it and nobody cares. If my Fantasy Codex showed up as a pdf download on Pirate Bay, that would mean I've become so popular and my works so in demand that someone thought others would be interested enough to set them up in a torrent.

Counterfeiters also allow products to reach markets they might not otherwise, or at least sooner:

For example, a Thai based manufacturer of branded tinned produce used to have a large presence in China. It pulled out a number of years ago and since then the Chinese competition have copied the brand and developed the market. There now remains a much larger market opportunity for the genuine, original brand to exploit by re-entering the market. Awareness has been maintained, penetration has increased and the competition has been closed off.

And, as Whitwell notes, people don't expect knockoffs to be as good as the original, which only reinforces the image and idea of the original being a superior product and this helps the company in the long run.

None of which means the knockoffs are a good thing, only that a smart company finds ways to work with their circumstances and benefit from whatever they face. These knockoffs are not going away, so in addition to fighting the fakers and stopping them when possible, companies have to work within the situation they find themselves and get what they can out of it. Kind of like being a business during a recession with a business-hostile federal government.
Posted by Christopher R Taylor at 8:15 AM

I want that Harry Potter/Obama/Sonic backpack just to have on the wall.

On a more serious note I believe that China is a serious problem for us and that the government is not taking them seriously. I really feel that we should not be in business with them. They should be treated like the Soviet Union was during the Cold War. It is a mistake for us to allow corporations to do business there.