THE VALUE OF SELF-DOUBT

"Well, I think we tried very hard not to be overconfident, because when you get overconfident, that's when something snaps up and bites you."
-Neil Armstrong 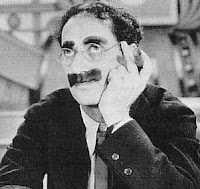 Every so often I have to catch myself and doubt. It is good to be confident and passionate about what you believe in, but if you cannot question or reconsider a position, that passion becomes unthinking dogma rather than informed, reasoned thought. For example, when I first heard about the Park 51/Islamic Center/Cordoba House proposal, I had to think it through rather than simply react. Was this a reasonable decision, did they have the right to build this here, and if so, was it proper or respectful?

The easy path is to choose the way your peers and important spokesmen and leaders direct when something new comes up. Rush Limbaugh said this, Rachael Maddow said that, I read that on Reason.com, I saw this on the Daily show, and so on. This leads you to mind-numbed obedience, not reasoned reaction and understanding.

If I was to find out conservatism was all wrong and mistaken (as, in my youth, I learned about leftist ideas), it wouldn't destroy my worldview or confidence in life, because my conservatism is not my gut-level reason for being, but the result of learned conclusion and reasoned analysis. For too many, the opposite is true: they hold positions on a topic despite reason or without any basis in learning and thought.

For too many, the idea that they might be wrong or that they ought to consider this idea is incomprehensible. Consider the reaction by many on the left when confronted with dissenting thought.
The list goes on and on, with the reaction not one of reasoned consideration, but instantaneous rejection. And the rejection tends to be more of the kind a religious zealot would offer than someone merely holding a political position. You aren't considered mistaken, misinformed, or merely different and thus to be tolerated, rather filled with hatred and evil.
A thoughtful person needs to be able to understand and articulate their opponent's position on a topic at least as well as their own. By being able to do this, you are able to comprehend not just how they believe but why and where these ideas came from. Too often in political or religious discussion that is abandoned for a presumption of calumny; you assume your enemy isn't just wrong but deliberately perverse.

And this should work in reverse, as well. For instance, when I first read about the Cordoba House proposal in the New York Post months ago, my reaction was to shrug and figure they had the right to do so, and not every Muslim is some frothing-at-the mouth terrorist freak. Over time and with consideration, I eventually came to the conclusion that although they have the right to build a structure there, communities also have the duty to examine proposals and decide if they are appropriate for the location. I decided that this effort, for whatever reason, violated basic principles of decency, honor, and respect, and it was harmful not just to New York City, but the people whose families were murdered in the 9/11 attacks to build the structure at that location.

By reasoned analysis and thought, combined with the wisdom of others and experience of my own, I changed my mind on the topic. And we all need to be ready to do so, because a refusal to even entertain the idea of it being possible to change is more a sign of a tantrum-flinging three year old than a reasonable adult. And in a nation made up of many forged into one, tolerance and considering your opponent's ideas isn't just a good idea, but critically necessary for the republic to continue.
Posted by Christopher R Taylor at 7:36 AM