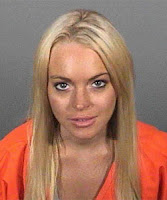 When Justice is depicted in art, it typically takes the shape of a lady holding scales and a sword to represent the balance of evidence and the power of the state over criminals. Her eyes are blindfolded to represent her inability to see the people involved, only hear and understand the case.

This last bit is one of the most critical features of justice: a ruling and court can only be just if they do not care about the appearance, status, gender, relative wealth or other characteristics of the accuser or the accused. Justice does not care about who is involved, only the facts of the case.

Sentencing, however, takes another turn. This is where justice peeks, to see who the person is, what their life has been, why they did what they did, and what the results of the sentencing will be. Here, judges and juries are typically given some flexibility to use their discretion and hopefully wisdom to determine an appropriate punishment for someone who is found guilty of the crime in question, as they should be. A housewife who, in an affectionate teasing manner, shoved her husband who then fell down stairs and died should not be sentenced the same way as a serial killer who was finally caught butchering his ninth school girl victim.

However, there are times when justice peeks a bit too much. Take the case of Paris Hilton, who when caught with .8 grams of cocaine. At first she claimed it wasn't her purse the bag fell out of, then she claimed she thought the cocaine was gum (it was in tablet form). Now, given as vapid as Ms Hilton appears to be, that last bit sounds somewhat plausible, but its irrelevant. She was caught with the drug and found guilty. Her sentence? $2000 fine and 100 hours of community service, plus a year probation and mandatory drug counseling.

Or consider Lindsay Lohan. Ms Lohan has a long criminal record involving drugs, alcohol and other crimes. After several years of repeated criminal convictions and violations of parole, Lohan was found to have tested positive for cocaine again. Her sentence for this third parole violation? 90 days in jail and 90 days of rehab time. After serving 14 days in prison, she was released and entered the rehabilitation center. Upon completing just 23 days of rehab time, she left the center.
Now she's tested positive for cocaine again. The average jail time for cocaine possession in the US is 31 months, but these two girls combined for all their repeat offenses with the drugs have spent less than a tenth that in prison. Why? It is impossible to avoid the conclusion that it is because they are famous and rich. Consider the case of poor unknown man James V. Taylor (no relation) who, when arrested with an amount of crack cocaine so small the police said it was impossible to weigh, was given 15 years in prison.

I don't know anything about Mr Taylor's life or contributions to society, but I can't imagine them being any less than Paris Hilton, whose entire life has been one of parties, modeling, lousy movies, sex tapes, and products other people created in her name. Lindsay Lohan has been a bit more active, making more movies, singing, and modeling, but she still doesn't contribute much to civilization or culture.

Can anyone really make a convincing and rational argument that these women are so vital to American society and contribute so greatly to their communities that they should be treated more lightly when it comes time to sentence them for repeated offenses? How is justice served by this disparity between the famous and the unknown? Is being famous truly such a meaningful trait that justice should shrug at their crimes?

If anything I'd argue that their sentences should be even stricter in order to greater discourage their behavior. Yet as we saw with O.J. Simpson, if you're rich and famous enough, you can get away with nearly anything, especially if the jury is foolish enough and the prosecutors incompetent enough. Justice cannot be truly served if there's a special class of people - like the nobility in olden days of the monarchies - who are treated better by the courts simply because of their status.

If we are ever as a nation to regain the principles of equal justice for all, we must stop treating some as better than others, and step back to consider not their high profile and connections or money, but their situation and the circumstances of their crime for sentencing. No celebrity is worth more than an average American, that's the very core of our concept behind equality and justice for all.
*This originally was posted at the Washington Examiner Opinion Zone.
Posted by Christopher R Taylor at 1:50 PM