"We’ll see who laughs last when I succeed at this." 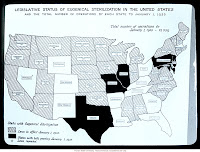 Yesterday, a crazed eco nut carried a bomb on his body into the Discovery Network building in Maryland. He was shot and killed by the police, and all I can think is I wonder how far Al Gore is away from doing something like that.

They're not sure if a man who writes a lunatic eco-screed and takes a bomb strapped to his body into the discovery Network buildings to force them to stop producing programming he doesn't like is an eco-terrorist ("purported") but they're certain he's against immigrants and anchor babies (Thanks to Ace of Spades HQ for that heads up). The site hilariously brushes aside his long list of detailed complaints about the environment and focuses on his anti-immigration stance.

Which only is held because he considers human beings a contagion and filth in general, not immigrants in specific. As he says in his manifesto: "humans are the most destructive, filthy, pollutive creatures around and are wrecking what's left of the planet with their false morals and breeding culture." Interestingly this is written as if he isn't personally human (their?). And you should also note, he doesn't have a problem with anchor babies, he has a problem with any babies.

Which brings us to Professor David Marsland, Emeritus Scholar of Sociology and Health Sciences at Brunel University, London and Professorial Research Fellow in Sociology at the University of Buckingham. He thinks sterilization is a great idea, just like Lee (and Malthus, Ehrlich, and Obama science czar Holdren), and believes that it should be mandatory to bring the population down:

“Children are abused or grossly neglected by a very small minority of inadequate parents.” Such parents, he said, are not distinguished by “disadvantage, poverty or exploitation,” he said, but by “a number or moral and mental inadequacies” caused by “serious mental defect,” “chronic mental illness” and drug addiction and alcoholism.

“Short of lifetime incarceration,” he said, the solution is “permanent sterilization.”

Marsland calls for the sterilization of the "mentally and morally unfit," brushing aside concerns of human rights with relativist ease:

“Rights is a grossly overused and fundamentally incoherent concept … Neither philosophers nor political activists can agree on the nature of human rights or on their extent.”

His argument is that since we cannot have universal agreement on rights, then there are no human rights. Well, then. Margaret Sanger and Adolph Hitler would both agree. James Lee would agree as well.

*Hat tip to Van Helsing for the Marsland story at Right Wing News.
Posted by Christopher R Taylor at 8:48 AM