"Your honor, I'd like to fumigate my wiiiiissdom on the court!"
-Mo' Money 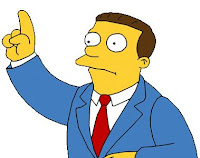 There's a book out called Disorder in the Courts which is a compilation of vignettes and anecdotes from courtrooms where things went wrong, strange, or just silly. I got them in an email from a friend and just wanted to pass them on, because they were pretty funny stuff:

ATTORNEY: What was the first thing your husband said to you that morning?
WITNESS: He said, 'Where am I, Cathy?'
ATTORNEY: And why did that upset you?
WITNESS: My name is Susan!


ATTORNEY: What gear were you in at the moment of the impact?
WITNESS: Gucci sweats and Reeboks.


ATTORNEY: Are you sexually active?
WITNESS: No, I just lie there.


ATTORNEY: Now doctor, isn't it true that when a person dies in his sleep, he doesn't know about it until the next morning?
WITNESS: Did you actually pass the bar exam?


ATTORNEY: The youngest son, the twenty-year-old, how old is he?
WITNESS: He's twenty, much like your IQ.

ATTORNEY: Were you present when your picture was taken?
WITNESS: Are you sh*tting me?


ATTORNEY: So the date of conception (of the baby) was August 8th?
WITNESS: Yes.
ATTORNEY: And what were you doing at that time?
WITNESS: getting laid


ATTORNEY: She had three children, right?
WITNESS: Yes.
ATTORNEY: How many were boys?
WITNESS: None.
ATTORNEY: Were there any girls?
WITNESS: Your Honor, I think I need a different attorney. Can I get a new attorney?


ATTORNEY: Can you describe the individual?
WITNESS: He was about medium height and had a beard.
ATTORNEY: Was this a male or a female?
WITNESS: Unless the Circus was in town I'm going with male.


ATTORNEY: Is your appearance here this morning pursuant to a deposition notice which I sent to your attorney?
WITNESS: No, this is how I dress when I go to work.


ATTORNEY: Doctor, how many of your autopsies have you performed on dead people?
WITNESS: All of them. The live ones put up too much of a fight.


ATTORNEY: ALL your responses MUST be oral, OK? What school did you go to?
WITNESS: Oral.


ATTORNEY: Do you recall the time that you examined the body?
WITNESS: The autopsy started around 8:30 p.m.
ATTORNEY: And Mr. Denton was dead at the time?
WITNESS: If not, he was by the time I finished.

Lawyers get a lot of grief but let's be honest: they deserve it most of the time. Especially these bozos.
Posted by Christopher R Taylor at 8:35 AM