Truth is not subject to a vote 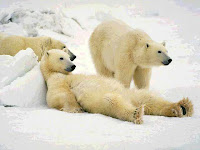 Making predictions and guessing about the future can be fun. Often we're wrong, but sometimes we're right and it feels nice to have accurately judged the subtle signs, trends, and events based on past experience, reason, and logic.

For example, in 2006 I predicted that the GOP wouldn't lose the US House of Representatives, because it was so many seats and the odds were against it. Plus, I'm contrary and everyone was predicting doom and gloom and it was annoying. This last election I predicted Senator McCain would win even though I didn't want him to, because never in my lifetime had a hard left, openly tax-raising politician ever come close to winning an election, and I feared many voters who claimed they'd vote for Senator Obama were just saying so because it was politically correct. I was wrong in both cases, and in neither case was it particularly significant; it was just a guess on my part.

This kind of prediction is not meaningful, it's just a guess between friends like predicting your team will win the big game. You don't know, you might even be just hoping, but it's just something people do. If you're right, you just celebrate, if you're wrong, you just shrug and look toward the next game.

There's another sort of predicting that can be done, the kind that actually has an impact on the world. Take predictions about the weather: if you say it will be clear and sunny, people might plan picnics, set up games, go on a trip. If it ends up an ice storm, people might be stuck in their cars on the road, crash, even die. Some predictions actually matter.

This brings us to the set of predictions Andrew Bolt lists, ten predictions that didn't come true. They're from an Australian perspective, so several are specific to that continent, but some are more general. For example:

IN April this year, the papers were full of warnings the Arctic ice could all melt.

“We’re actually projecting this year that the North Pole may be free of ice for the first time,” claimed Dr David Barber, of Manitoba University, ignoring the many earlier times the Pole has been ice free.

AL Gore sold his scary global warming film, An Inconvenient Truth, shown in almost every school in the country, with a poster of a terrible hurricane.

Former US president Bill Clinton later gloated: “It is now generally recognised that while Al Gore and I were ridiculed, we were right about global warming. . . It’s going to lead to more hurricanes.”

These predictions were simply not true, the fact is, we're getting colder, global warming had no effect on increasing hurricanes (they've gotten weaker every year since 2005), the polar ice caps are growing, not shrinking. These are far from the only debunked climate predictions. Ted Dansen's warning of a dead ocean by the late 1990s was laughably wrong, Polar bears are not going extinct despite various warnings, and so on.
Like predictions in the late 70s that gas would run out by 1990, predictions of flood, famine, disaster, and doom through the ages that didn't come true, the people who promote such guesses and support the ideology behind them simply ignore the failures, or change the predictions. Al Gore, for example has blithely ignored his previous prediction that 2008 would mark the first iceless North Pole in history and moved his guess forward: six years from now, he claims in his latest prophecy.

The problem is when you make this sort of prediction, it is not simply friends talking, it is an attempt to manipulate public policy, law, and economic activity. This is not like saying the Steelers will win the Super Bowl this year, it has more broad and political significance. Nations are meeting each year to discuss how they'll combat the climate changes advocates predict, based on their hysterical claims of this sort. Taxes are levied, regulations are imposed, policy is decided to prevent the doom such prophets insist upon.

When they're wrong again and again, when their computer modeling is shown to be fundamentally in error, when their statements are shown to be false, when their data is shown to be adjusted to support their predetermined conclusions, the reaction is not to reject these claims. Governments do not decide the boy is crying wolf, they shrug and continue to act as if he's right in the face of reality.

There are several reasons for this. The first is the most noble: the person who thinks that the base data is true even if the wild predictions are not, that this is such a pressing, compelling need that we can ignore mistakes and false predictions but we cannot ignore the danger.

The second is the person who doesn't know about the failures and simply trusts what they're told by the right people who are politically correct. The UN scientists, Al Gore, various pundits on the left. This sort of person often is a team player, for whom what's being said positively is not nearly as important as who disagrees and opposes it. Rush Limbaugh disagrees? Then it must be true.

The last sort is the kind of person who doesn't care one way or another about the science, the predictions, or the weather, and simply wants to achieve some goal. For some this goal is a sort of modern luddite ideal, people who want technology to stop, who fear destruction of the environment, who want us to stop consuming so much, and global warming is just an excuse, not the reason. It is one more example of the pain and misery caused by humans on Gaia, on mother earth. Who cares if it isn't true, that's not the cause they back in the first place, it simply is a scary monster to get people to go along with their ideas.

For others, AGW is a lever to tip the world to the left, to bring global socialism - or even communism - and whether it is true or not is irrelevant. Any means that brings about the proper end is not just allowed, but sanctified: it becomes morally good to do. This last group is the most reprehensible and probably the smallest. The others are useful idiots for this group to manipulate toward their goals.

For still others, the motivation is mere greed. This sort forms companies, writes books, produces movies, flies around the world making speeches, and so on, primarily for the money they'll make off this 21st century snake oil. Fear is a great motivator, and if you can terrify people into buying your product, well you've got a great thing going. Sure they might believe in the cause some, but the primary motivation is to get rich and popular and influential.

Yet each time someone predicts something and is wrong, that's a sign that they probably should be doubted at least a little bit on that particular subject. When I say the Marlins will win the World Series and they don't even make the post season, chances are that indicates I'm less than a perfect expert on baseball. When Al Gore predicts the ice will be all melted in a year that it grows to replace the previously lost ice, chances are he's no climate expert and should be questioned.

It isn't that we shouldn't care for the environment, pollute less, consume less, recycle more, and be better stewards of our world. It's that we should do so for the right reasons, and that we should ignore people who are clearly not driven by truth and genuine concern, but by less honorable and less trustworthy interests.
Posted by Christopher R Taylor at 7:59 AM