"There is a hushed worry on the minds of many supporters of Senator Barack Obama, echoing in conversations from state to state, rally to rally: Will he be safe?"
-New York Times story 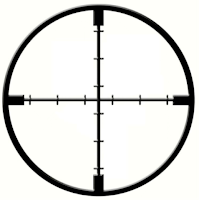 One of the more frustrating things about being an American is how successful some in the media and on the left have been at convincing the world about how awful it is here. It's so awful you notice they don't care to leave and so many people want to be Americans they ignore the immigration laws by the million, but the perception is still out there.

America is wracked with bigotry and racism, it's filled with violence in the cities and noose-hanging toothless inbred rednecks in the country, it's governed by a president who cheated in 2000 to win the election, on and on. This perception is based on popular media that makes it to other nations combined with a lack of any effort to set the story straight or give the slightest voice to counter information. People see CNN reports and don't see the heavy bias they show (other than to complain it's too American centered) and hear nothing to the contrary.

I think that's what brings about the kind of reports from different countries about how Obama probably will be shot if he wins the presidency. It's from all over, including inside the US. Black man, certain to die, America is wall-to-wall bigots just one bedsheet from burning a cross.

If Obama wins the nomination, he’ll be targeted, full stop. Because in the US the politics of personal destruction frequently leads to being shot. I raised the possibility - the probability - of attempts on Obama’s life in this column a month ago ...

Because being critical of and attacking the policies of a political candidate is so unique to the United States, you see. Frequently, you say, Mr Adams? Who was the last political person to be shot in America? The answer is later, below.

Boxer Bernard "the Executioner" Hawkins in the US joined the chorus:

"If he gets the nomination they won't let him become president, but if they do, it will be for a short time, maybe less than a month or two," he said. "His life would be in jeopardy."

The infamous 'they' are everywhere. Francisco Martín Moreno in Mexico adds his voice:

A violent dispatching of Obama would leave the road to the White House paved for McCain, with Mexico and the rest of the world having to deal with four more years of Republican nightmare ...

Because, naturally, the only reason to oppose a man being shot to death is a the horrifying specter of a Republican becoming President.

To the north, Canadian Earl MacRae imagines a horrible fantasy:

Isn’t it weird that the left’s favourite democratic nation ... the home of peace, love and understanding, the home of non-violence and a nation of less than 10 million people has had two of its most popular politicians (Olof Palme and Anna Lindh) assassinated since 1985.

Both of them were on the left, so they must have been killed by right-wing lunatics, right? Well, no.

Odd bit of trivia: on the morning of his assassination, Palme is alleged to have had a meeting with none other than Baghdad Bob, Muhammad Saeed al-Sahhaf, who was then Iraq’s ambassador to Sweden.


I dunno… my first thought of the “home of non-violence” was India, and they’ve never had a politician assassinated.

Oh, my bad.
-by Rob Crawford


Other news of death threats and such…
NIS News.

AMSTERDAM, 28/02/08 - The terrorist network Al-Qaeda has given orders for the assassination of MP Geert Wilders, newspaper De Telegraaf reports. The Party for Freedom (PVV) leader must be ‘slaughtered’, the orders say, because he has insulted Islam and the prophet Mohammed.

The newspaper based its report on a recent message on a protected web forum of internet site al-ekhlaas.net, which De Telegraaf claims is affiliated with Al-Qaeda. The internet threat, which was posted on 28 January, was intercepted by the American research institute SITE Intelligence Group, the newspaper reports.

“In the name of Allah, we ask you to bring us the neck of this unbeliever who insults Islam and the Muslims and ridicules the prophet Mohammed,” the site says about Wilders, according to the newspaper.

The message honours Mohammed Bouyeri as a hero. This Amsterdam-born Moroccan Muslim cut Islam-critic Theo van Gogh’s throat on 2 November 2004. The message also appeals for readers to “terrorise” the Netherlands to prevent Wilders’ controversial film on the Koran from being broadcast.

To get the rest of the article you need to go to the link, scroll down to the International section and click on the headline. It’s in a popup.
-by Grimmy


As commenters have pointed out in other threads, people who try to assassinate U.S. presidents are usually either nuts or egomaniacs or both. Phil Adams seems to think that vast numbers of caucasian Americans sleep on tinted sheets because the white ones are used exclusively as KKK uniforms. If this were true, how is it that certain high-profile African-Americans, whose racial huckstering can be said to be genuinely offensive - people like Jesse Jackson, Al Sharpton, Louis Farrakhan - avoid the necessity of sleeping in safe houses, employing body doubles and keeping food-tasters on hand?

There is a certain type of liberal who is more interested in seeing every wicked thing he believes about America proved to be true, than in witnessing even his own utopian dreams come to fruition.
-by Paco

Let us hope that maniacal racists in the US do not exact a terrible vengeance.

What a f***ing race monger. I suppose the attempted assassination on then Governor of Alabama was racist, correct?

Was it a racist that did the rest of our dead Presidents in, you stupid bastard.

Was it a racist that attempted assassinations on other Presidents?

How about Robert Kennedy..Sirhan Sirhan, a racist?

I think you will find Adams the Fruitcake, that the commonality of the above killers and near killers IS a deranged mind. So deranged that none of the above could even spell, racist.

Take your own racism and anti-Semitism and see a head shrink, immediately. You seem to be well along with your own, derangement, Adams.
-by El Cid


Somebody needs to inform “journalists” like Mr. Adams that we Americans stopped burning witches and having gun duels on the street (well, except occasionally between drug dealers in the slums) a long time ago. We even wear shoes and wash our hands before we eat. Adams might be surprised if he could ever see past that bigoted nose of his.
-by RebeccaH


Non-American journalists seem to derive their expertise about America from watching bad TV shows. But TV is mostly written by lefties who project their own politically correct bogeymen onto the screen.

Marxist and Muslim terrorists, of whom we have decades of real-life examples, don’t exist in Hollywood’s fantasy factory. Instead we get kill-crazed Nazis and Klansmen, right-wing generals who want to take over the country, and politicians who plot the assassinations of their rivals.

These stock villains don’t exist, which is why it’s safe to make movies and TV shows about them.
-by lyle

"Has anyone asked Mr. Adams how many Aboriginal Australians have run for Prime Minister? And have they been shot at?”

Info on aborigines in Australian politics…

Looks like shooting black politicians isn’t much of an issue in Australia.

Maybe someone should ask Phat Phil why there aren’t too many blacks in Aussie politics. Maniacal racists at work?

Unlike Australia, the United States has lots of black members of Congress. I think 43 were elected in the 2006 elections. So far, none of them have been shot by maniacal racists, despite our blood-soaked history.
-by Dave Surls


Perhaps an American reader can help.

Do the US Secret Service need to protect the life of all US Presidents?

Or just the Democrats.
-by Dan Lewis

The thing is, the last time a racist shot a US president was ... Republican Abraham Lincoln. So how violent does politics get in the US? Does, as Phillip Adams states, the political discussion "often" turn violent? The last time a US political figure was in 1981: Ronald Reagan.

True, Saddam Hussein tried to use a car bomb to kill President George Bush the elder in 1993, in 1994 a man fired at least 29 shots at the white house with an SKS rifle, and in 2005 in Tbilisi, Georgia a man threw a grenade at President Bush the elder. None of these attempts actually hit a political figure, and only one was actually inside the US. Of the four presidents that were killed by assassin's bullets, three were Republicans (Lincoln, Mckinley, and Garfield), one a Democrat (Kennedy), all but one almost 100 years ago. Every sitting US president has had at least assassination threats, if not attempts even as feeble as "Squeaky" Fromme's empty gun pointed at President Ford.

Is there a better chance that Senator Obama face assassination than, say, Senator McCain? It's hard to say, one of the few things that western society really views as a sin these days is racism, but hatred of Republicans is not just tolerated, but encouraged. There are still some who hate blacks so much they'll kill, but it's impossible to know if there are more than those who hate Republicans so much they'll kill and further impossible to know which has the greater capacity and drive to carry this out against a major figure.

I would be horrified for any of the candidates to be shot, particularly Senator Obama because of how it would confirm all the weird fantasies and evil thoughts people have against the US. It's already going to be bad enough this political season with the slightest criticism of Senator Obama being labeled racist. I want him to live a long and happy life, just like I do any other person (except maybe the guys who came up with Reality TV).

Two minds with but a single thought: