"The Christian religion is very gentle – identify and utilise its weakness." 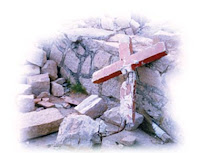 Christianity at one time was the most dominant religion on the planet. There were some areas where it was not, but the bulk of the people in the world still claim to be Christian, especially in the richest and most technologically advanced nations. However, there are other nations where Christianity is in the minority. Some of these nations are dominated by other religions, such as Islam.

In Burma, the military regime has worked out a plan to deliberately wipe Christianity out of the country, according to a Telegraph Newspaper report.

Its discovery follows widespread reports of religious persecution, with churches burnt to the ground, Christians forced to convert to the state religion, Buddhism, and their children barred from school.

Persecution and government acts against Christians in Burma have been going on for some time now, which leads me and others to be unsurprised at this report.

Human rights groups claim that the treatment meted out to Christians, who make up six per cent of the population, is part of a wider campaign by the regime, also targeted at ethnic minority tribes, to create a uniform society in which the race and language is Burmese and the only accepted religion is Buddhism.

In the past year, an estimated 27,000 members of the predominantly Christian Karen tribe were driven from their homes in eastern Burma.

In Koh Kyi village, in Arakan State, a monk backed by the military burnt down the local church. In another state, 300 monks were allegedly sent by the regime to forcibly convert the populace, all of whom belonged to the Chin ethnic group, which is mostly Christian.

Generally one does not associate brutality, oppression, and violence with Buddhism, but then one doesn't associate that with Christianity either, and in the past there have been those who claim the faith who have been torturers, warriors, and oppressors. Burma is not alone in this persecution, however. In Iraq, while Sunni and Shiite violence gets most of the press and attention, two Christian groups have been in the area for more than a millennium, and are being oppressed by both Muslim groups. The Chaldean and Assyrian Christians are being targeted by radical Muslims who have long wanted them out of a country that has been their home since the first century AD. Time Magazine reports on this (while going out of its way to make things seem as bad as humanly possible and condemn the Americans in the process):

Between 10,000 and 30,000 of Iraq's 800,000 Christians have fled the country since the fall of Saddam Hussein's regime, according to Christian groups in Baghdad. Although Christians make up only about 3% of Iraq's 25 million people, the U.N. High Commissioner for Refugees has said they account for about 20% of the refugees fleeing Iraq for Syria. They are escaping a climate of violence and a surging Islamic radicalism that have made the practice of their faith a deadly enterprise.

Around the world, particularly in Islamic and Buddhist territories, Christians are facing increasing persecution and oppression for their faith. In Egypt, churches have been invaded by gunmen and burned. In China Christians have long faced sometimes brutal punishment for daring to worship together or even own Bibles. House churches are formed and sometimes raided by the government. In India, a young man who converted to Christianity was thrown from a train and killed. Christians are targets in the Sudan, the women raped so that they will bear "Islamic babies" and the men killed. Cuba has since the revolution jailed and crushed Christian worship that doesn't toe the government party line. Uzbekistan, Libya, Pakistan, Saudi Arabia, Vietnam, North Korea, Nigeria, Iran, the list goes on and on, like a belt of cruelty that wraps around the world.

Even countries that pass "religious defamation" laws can be a subtle form of oppression, by ordering religions such as Christianity to never say anything that can be considered negative by some or face legal sanction. In Sweden, a pastor was arrested and jailed for preaching a sermon condemning homosexuality under anti-"hate speech" laws similar to that recently passed in Canada.

Around the world with increasing fervor, Christians are facing persecution and oppression in greater numbers and frequency, particularly as Muslims feel united and radical Islam grows in fervor. In the past, for thousands of years, Jews faced the greatest level of persecution - shamefully often from those who called themselves Christians. Today, it is Christianity who faces persecution most often and in more places.

Religion, Persecution
Posted by Christopher R Taylor at 8:24 AM