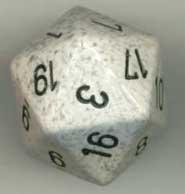 In what is likely a surprise to no one, I am a gaming geek. I and my friends play role playing games (the real ones, with dice and paper) on alternate fridays, with a system of rotating GMs. One guy runs the game until he needs a rest, then someone else takes over running a game. The dice have fallen to me, and I'll be running a fantasy game based in the Hero system (Fantasy Hero). For those of you interested in this sort of thing, I have an alternate website with my art and other materials on it where I keep many of my Fantasy Hero files and data. Included is this file (PDF) of the campaign setting, with maps and such.

As weeks go by, I'll update with the information of the campaign, the players, and so forth. For those of you who don't care for this kind of thing, it will be clearly marked so you can pass by. For those of you who are interested, you'll get a little slice of the fun we have. Otherwise, perhaps we'll meet in World of Warcraft some day - Khadgar server.
-Christopher Taylor
Posted by Christopher R Taylor at 11:04 PM

Shhhhhh to release the truth to the world will only invoke the wrath of the gatekeeper!!!!!

Since I don't know anything about these games, how like D&D are they?

Fantasy Hero is similar to D&D in that you create a character and role play that character in a setting that one person (the Game Master - GM - creates). Dice are rolled, a rule system are followed, and you fight monsters. There is magic and swords and such, like Lord of the Rings.

It is, however, a much superior, more flexible system.

In D&D it seemed impossible to do "well" in the game if one's character was good. One had to at least be neutral, if not evil, to get ahead. I got to wonder if that wouldn't mess with the head a bit.

Also it seemed very easy to become strongly identified with one's character. That's why there were those incidents of suicide over the game many years ago. Some people became so wrapped up in the game that they couldn't separate the fantasy from the reality, or their character from self.

Are these newer games like that, too with the emphasis on evil characters and temptation to become too immersed or are they a different class than D&D was?

Do many females play?

There never was an emphasis on evil characters in D&D by definition, any more than there's emphasis on cheating in sports. People may do so because they think the quick and easy path is superior and will give advancement sooner. But the GM is the one who gives advancement, and he's the one who rewards or punishes people based on their achievements, actions, and efforts in the game.

There's nothing about the rules that rewards or doesn't reward evil behavior. You could run a game like that, but I don't :)

Female role players are rare, which is strange, because they seem consitutionally inclined toward doing it and are trained from youth to play roles well. It seems like women would enjoy making up stories on the fly and playing a part, but it is viewed as a geek sport, something girls avoid.

Hmmm. I played D&D with some guys (and sometimes a girlfriend) one summer a gazillion years ago. I wanted to be a good character at first, but if I remember correctly, the good characters got trampled because of all the things they weren't allowed to do. I think my next character was neutral just so I wouldn't be so pathetic.

I haven't played anything like that for many years, and I guess I'm too wrapped up in my family's stuff anyway. I have no knowledge of the new games, hence my curiosity. I do have a girlfriend who enjoys those types of games (I don't recall which one she said---she only mentioned it in passing). I think she does feel a little unusual because it seems to be a guy thing and, in her experience, a liberal guy thing, at that.

One of the inherent flaws of the d&d gaming system was the rigid structure that the good or lawful characters had to follow. But that is a in game setting and a good GM (like CT) works around it. The flexibility allowed in Champions makes for a much better game and as far as people taking it to seriously and going crazy. Thats called free will and sometimes people need an excuse the only thing role playing is, is a good mental excercise and a way to keep the wits quick in a verbal setting.