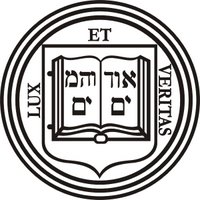 Yale University accepted the enrollment of former Talibani ambassador Sayed Rahmatullah Hashemi last year to no small controversy and outcry. Their defense was that he was taking no classes, and they were defending the principle of academic freedom and the encouragement of an open market of ideas. Now, it turns out, the man has signed up for a degree program and taking classes at Yale:
A student at Yale University who was once a roving ambassador for the Taliban regime in Afghanistan has applied for admission to a degree-granting program, putting new pressure on university officials in an emotionally charged political debate over his presence at Yale.

The student, Sayed Rahmatullah Hashemi, 27, began taking courses at Yale last summer in a nondegree program for untraditional students. After an article about his experience appeared in The New York Times Magazine on Feb. 26, Yale was fiercely criticized in opinion articles in The Wall Street Journal and in other newspapers and magazines, as well as on cable news shows and Web sites.

The Captain's Quarters blog takes up the story:

As an aside, the reason Yale doesn't allow the ROTC back on campus is because of the "don't ask, don't tell" policy of the US military towards gays and lesbians. Perhaps Yale can explain this policy in light of the admission of Hashemi, who represented a government that routinely executed homosexuals. The Yale admissions office now has a clear choice, and can no longer hide behind the facade of Hashemi's non-degree status. If they grant Hashemi access to the full range of Yale student privileges, they will send an unmistakable signal that celebrity matters more to Yale than principle, political correctness more than academics, and terrorists more than our own military. This is not an issue of tolerance, a laughable supposition on a campus that makes military service as inconvenient as possible while celebrating the "diversity" of admitting a key member of one of the most intolerant governments in the past fifty years. It's an issue of values -- and whether Yale actually has any at all.

Commenters at the site had this to say:

"Hashemi" is a mascot for Yale liberals, so they can showcase how sophisticated, tolerant and erudite they are by admitting this fascist insect. It's just the kind of people Yale liberals are.

Perhaps they should scrap the tired old Eli and take up the Talibani - Yale Talibanis, that's just so now.

Yale's new mascot should be a turbaned Taliban lunatic toppling a brick wall onto a bound and gagged homosexual. Much more today than a bulldog.
-by NoDonkey

Yale and all of the American intelligencia long ago decided that America was just another moss-covered practitioner of nationalist expansionism and imperialism. That's why they trumpet their status as "World Citizens", so that they don't have to be so "stained" by their status as Americans. They can reach the lofty heights of independent thinking, beyond the soiled heritage their country saddle's them with. Their papers won't be rejected out of hand because "afterall, they're just Americans" and not to be taken seriously.

Unfortunately, to Yale the notion of American Exceptionalism is a pastime for lightweights, and in the process they've turned their backs on "the last best hope of earth". Too bad, really!
-by Lew

On the other hand, exactly what is a credential worth, anyway?

Do you know how PhD's in recent history were obained? You took a dork, a nerd, or someone who wasn't going anywhere during his 20's and 30's, and you gave him, at the end of a winding trail, "this piece of paper." To get it, he sat in "morgues." A word that described where dead papers are kept. And, writing on index cards, he collected "information" and then "stacked the decks." Goodie. WORTHELSS PAPER, THOUGH.

And, escaping any imagination the entire computer industry grew at top notch speed, OUTSIDE of the universities; where real talent, found around the world, rested, sometimes, with kids who were ten years old.

Go ahead. Here's a test for this theory. The next time your cell phone rings inside your pair of pants, you can realize that the "talent" that made all the things you see possible, came from ten year olds playing with their phones. No PhDs were required.

Let alone, today, you don't need to read the NY Times to figure out the news. You can surf the web. And, you can talk to people (as long as they have reading and writing skills, especially in English) just about anyplace around the world.

Not that the universities, bastions without borders as they are for the LEFT, don't continue to think their credentialing system is worth something. Because kids go into debt to own this paper. (But, statistically speaking, you're only gonna get a certain amount of truly spectacular students in the distribution of things.) Other kids can go to college to play LaCrosse. And, to drink. Lots of side pockets.

The biggest reasons the universities are still selling their dreck is that kids like to get away from home, even for years on end; where they can drink and pal around. And, maybe find a sex partner or two, while they avoid marriage.

The rules have changed.

Personally, anyone going to Yale has to deal with what surrounds the town, too. It's not the prettiest place on earth. Though they've got lots of ivy climbing the walls. And, tenured professors who have been enriched writing drivel. Are their lives good? Not according to Whose Afraid of Virginia Wolfe. And, that play was written BEFORE the Computer Age.

Yale is run by a bunch of lunatics. Better there than inside our government, don't cha think?

In europe things don't go well because the elite freaks run a lot more than just the halls of ivy. Oh, yeah. And, their muzzie problems are even uglier.

As to that credential, what's it worth? The "stick-it-to-ya" pricetag goes to the undergraduates. As if getting a sweatshirt to wear in later life, as you coach your kids soccer team means all that much.

Like hollywood, the truth may trickle in. Or it may not. If you think about it at all, the place caters to a very small group. The rest of the universe knows better.

Thank goodness for us "the Do Lunch" crowd does less harms here than than can do in Moscow. Or paris. Or london, for that matter. Buying clues is not something that sells well among the elites.
-by Carol_Herman

I'd like to point out here that "values" is a nearly-useless term. It simply means "things one stands for, believes, or holds to be worthy." A psychopathic murderer has values, they simply are at odds with what normal people would consider important. The term should be "morals" or "ethics" rather than values, because of the overly relative meaning of the word values. Yale has values, they are just at odds with traditional American values in many cases.

Culture Wars
Posted by Christopher R Taylor at 9:29 AM